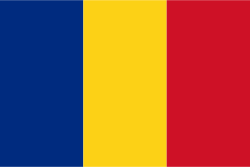 Romania hosted the 2016 EFVV AGM in its capital city Bucharest. The local staff was managed by Felicia Popescu and here is a presentation of her:

“I was born in Romania and have been living in Germany for the past 25 years. I have a 7-year old unvaccinated son and I started researching vaccines in 2007. Since 2009 I have been writing on my personal blog about vaccines, translating articles etc. to make them available to my fellow Romanians. Meanwhile, my blog is being read by over 30.000 people monthly and has become the central information source for parents who get their information from outside the mainstream media. At present I am working on a new site, Pro Informed Decisions, to incorporate all the relevant information on vaccines. Soon we will also form an association having the same name. We also have a team of lawyers, the support of a politician who has publicly declared of being against mandatory vaccination, doctors and even University professors.“

In Romania there is no mandatory vaccination.

Vaccines are only recommended, even though many doctors, directors of kindergartens and local public health offices keep putting pressure on the parents to have their children vaccinated.

As of April 2015, there has been an almost permanent media bombing on the subject of vaccines: officials from the Health Ministry and the Vaccination Committee were interviewed on TV and in newspapers and announced every month that they were “working on a new law on vaccination” which would mandate a number of vaccines in Romania.
They initially announced that “parents who repeatedly refuse vaccines for their children” risk huge fines.

Then, a few months later, after they assessed the public impact and realized that there were too many parents willing to fight for their rights to refuse vaccinations, they appeared again on TV and in the newspapers to announce that “parents will not suffer any financial punishments”, yet the new law will provide for penalties for all the doctors who do not support vaccination (including risk of losing their medical licence) and fines for the directors of state kindergartens and schools who accept unvaccinated children in their institutions. After public debates and protests as well as many letters of protest from many NGOs, the politicians announced that they will not persecute doctors who don’t stick to the vaccination calendar.

However, Romania reported only 4.487 confirmed measles cases to the WHO for 2017. The authorities base their propaganda on fake numbers, in order to justify the push for the vaccination law making 8 vaccines mandatory.

As of April 2018, the draft law is still being debated and has not yet been voted upon by the Chamber of Deputies.

Several deputies have published a memorandum with important modifications of the draft law, which was signed by 90 deputies; the proposed changes refer to the “compulsion” to vaccinate and the “presumed consent”, which are against the Constitution and should be deleted from the draft law.

Unvaccinated children in Romania are allowed at any pre-school and school grade.