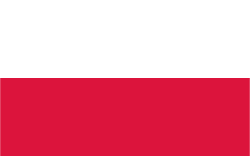 In Poland there are 10 (ten) mandatory vaccines:

Pneumococcus vaccine is being introduced as mandatory from 2017
The HPV vaccine Gardasil known as Silgard is in use, too. A teacher from one of smaller junior high schools was horribly shocked to see dozen of girls fainting, losting consciousness and getting seizures after returning to school. They had just been fetched to a medical centre and given the HPV vaccine. The teacher was prevented to take action for the event telling her that doing this she would be dismissed from work.

Poland considerably differs from the majority of European countries and Russia in such an important aspect of life as human rights. Human rights concern vaccination, too. Poland never ratified the European Bioethics Convention. There takes place a permeation of pharmaceutical business and public institutions and decisions about public health are taken by “cronies” – that’s what sociologists say (Polish). In Poland there is no Vaccine Injury Compensation Programand Adverse Events Following Immunisation (AEFI, vaccine Adverse Events) are neither recognized nor reported as it happens in other European countries.

A television programme in which parents of children affected by vaccine adverse events were sharing their stories was deleted from a public broadcasting corporation’s official website on the request of Chamber of Physicians and Dentists. Censorship about the reality of vaccination is very hard and authoritarian here too.

Vaccines in use include outdated chemical compositions like the whole cell pertussis vaccine, a well know brain damage side effects carrier, the cheap Korean Euvax B, repeatedly withdrawn and causing serious side effects, the Tetraxim, and the Synflorix.

In 2016 one of the STOP NOP activists (a non-profit organization providing help for vaccine’s adverse events victims) was sued by a pharmaceutical company”s related public officer for writing a “stop the lobbyists of pharmaceutical concerns in the civil service” petition. The activist can be sentenced for one year of prison and one hundred thousand PLN fine (about 225000,00 Eur, too much for a typical Polish family). Among the names mentioned in the petition is the present deputy minister in the Ministry of Health. One of the main associated members of the employers” union in Poland is INFARMA. INFARMA consists of 29 pharmaceutical companies and lobbyies and puts pressure for the new vaccine law to be passed. Furthermore, INFARMA is pushing through a law to introduce vaccines against influenza in regulations of workplaces. This law is going to be compulsory as well.

There apparently is no Adverse Event Following Immunisation Reporting System at all.