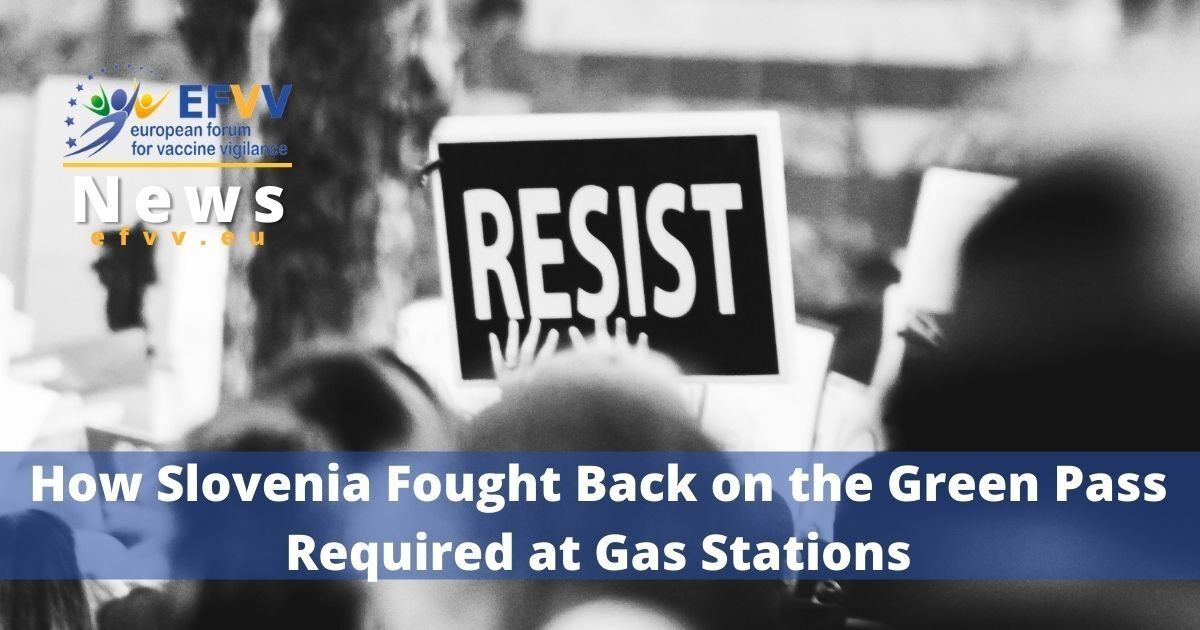 Slovenian government has issued a decree on 15th of September for PCT, which stands for GreenPass.

You either have to show certificate of vaccination, of a test or proof of having had the illness. That goes for all places except grocery stores.

The absurdity was that they would require customers to hshow PCT even for gasoline. Before taking the fuel.

Many free people of Slovenia decided this was enough. One man decided to get gasoline and when the company refused,

he left the car at the station and left. The petrol company had to pay for his car's removal. And it was not the only one.

or ''teachings'' about non discrimination and good performance of their services.

One of the brave men refueled for 2€ only just to take the stand and talk to employees about them breaking the law.

Proceedings were initiated against the gas company Petrol d.d. to withdraw a use permit,

because it violated the rules of business and thus did not meet the operating conditions required by the state.

According to the international legal order, they would be facing sanctions in the amount of at least 10 million euros, or the payment of a fine in the

amount of 2% of the annual turnover of the industry in the world.

The very next day all gas stations were unlocked, you could normally refuel your tank, nobody was outside checking your ''health passport''.

They would still ask about it at the cashier, but they didn't want to see it any longer. It is personal medical data after all.

Lesson learned: when people unite, anything is possible. One battle was won, more are coming.

Information was collected from many sources in Slovenia that have been published by the activists themselves.

One video example of a brave activist in slovenian language: here