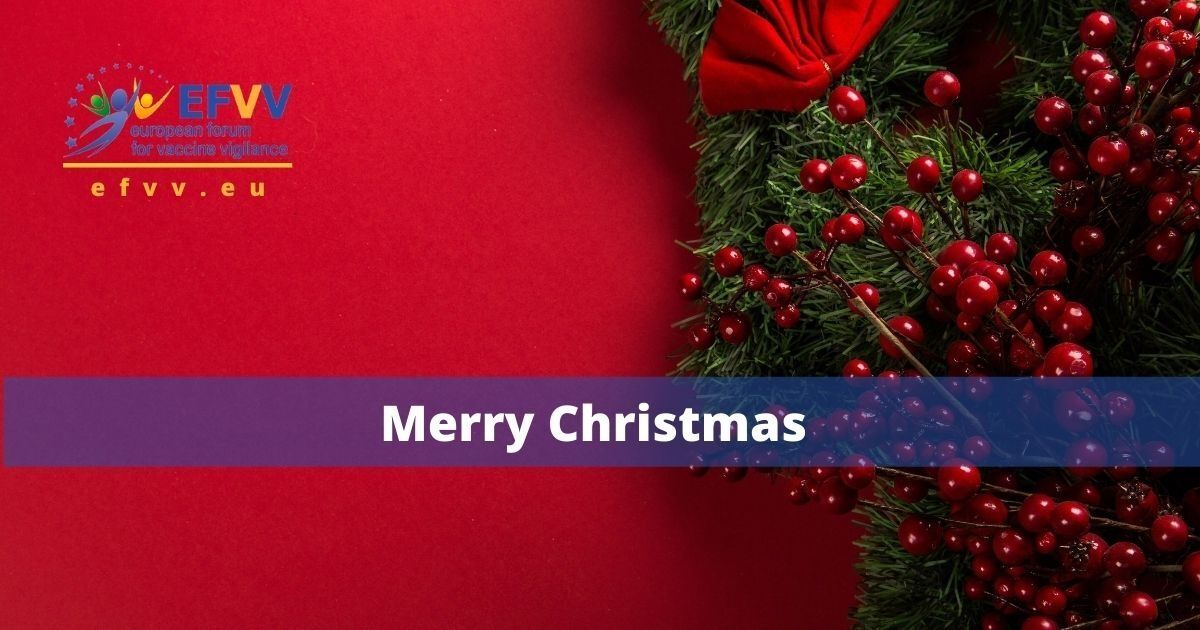 Christmas, a time of peace for the resistant at heart

The rush of authoritarian measures corresponds to a deliberate strategy: to prevent us from breathing, to break Christmas gatherings and to demoralize us in a relentless fight. Stop, let's leave aside these stress injunctions! Let's take a break for a few days, with family or friends, to find joy, serenity, the sense of sharing. Let us offer ourselves a time of inner calm to recharge our souls of resistance. In this upside down world, let's meditate on what really makes sense to us. We will come back stronger in our actions against the globalist health tyranny, with the aim of bringing it down in 2022.

The war we are living is not a war against a virus. It is not only a war of the powerful against the people. It is also a spiritual war, a fight of values. To rob the people and kill their fraternal spirit, our perverse and narcissistic leaders have found a new religion: the vaccine religion. It allows to establish a sanitary terror on the whole planet and to exclude those who refuse to "protect their fellow man" by receiving the experimental injection.

The Beast wants to kill Christmas

A recently unveiled internal document of the European Commission makes a dismaying recommendation: we should no longer wish each other "Merry Christmas". The pretext: the "inclusion" of non-Christian citizens. Understand the integration of minorities. At the same time, the exclusion of the unvaccinated, a new minority created by discriminatory laws, has become a norm... We are thus swimming in the full inversion of values, a signature of totalitarian regimes.

Our human values, closely linked to the Christian heritage, disturb the almighty. They have the art of repressing any feeling of guilt or sin. If our leaders have dirty hands, they want to keep them free, to satisfy their endless appetite for domination. But the self-loathing imagination of our "good shepherds" is haunted by the story of the "little Jesus". If they could, our so-called saviors would automatically give him a lethal injection in between the ox and the gray donkey!

In this Christmas season, we remember that the divine child, born in a makeshift cave, miraculously escaped the armies of the tyrant Herod. He even brought down, a few centuries later, the very powerful Roman Empire. We remember that sooner or later, "the first will be the last."

If human justice is today at the service of the strongest, we know, deep in our hearts, that the spirit of Christmas will always be at the side of the weakest, the oppressed, the left behind, the excluded, the lepers, the little people who suffer the oppression of the dominant castes, the doctors of the Law and the despots. Our apparent fragility may well end up shaking Goliath. Let us value our human vulnerability, it is what makes us humble in the face of life, but also compassionate with the difficulties of others.

The wall of reality is on our side

The time of Truth is approaching. Despite all the efforts undertaken by the politico-media caste to make a lie look real, many people realize that the vaccinated are the most affected by Covid. No, hospitals are not saturated with the vaccine hesitant. Quite the contrary! We invite you to consult the various links of this letter, including the video of the channel "Healthy Living", which explains how the Omicron variant shakes the official narrative.

Sooner or later, the leaders, who are the real sick ones, will hit the wall of reality. They know well that their lies are more and more difficult to keep. That is why the Beast is trying so hard to terrorize us with phantoms, using blackmail to make us bend. "Vaccinate as soon as possible or you won't be able to access your leisure places, your public transport and soon even your job!'' Let's not give in, otherwise these tyrants will continue to believe they have no limits!

Faced with the strategy of speed that is imposed on us, let us take the opposite foot with the time offered by Christmas. Let us take the opportunity to cultivate the path of happy sobriety dear to Pierre Rabhi. Let us draw inspiration from Louis Fouché's latest book, "Tous résistants dans l'âme", to maintain our civic positions around true human values. Let us prepare for the time of civil disobedience and peaceful resistance. As small as it is, the light of hope shining in our hearts is a deadly weapon for the vampires of this world. It is also a beacon for our brothers and sisters who are looking to find their way back in the storm.