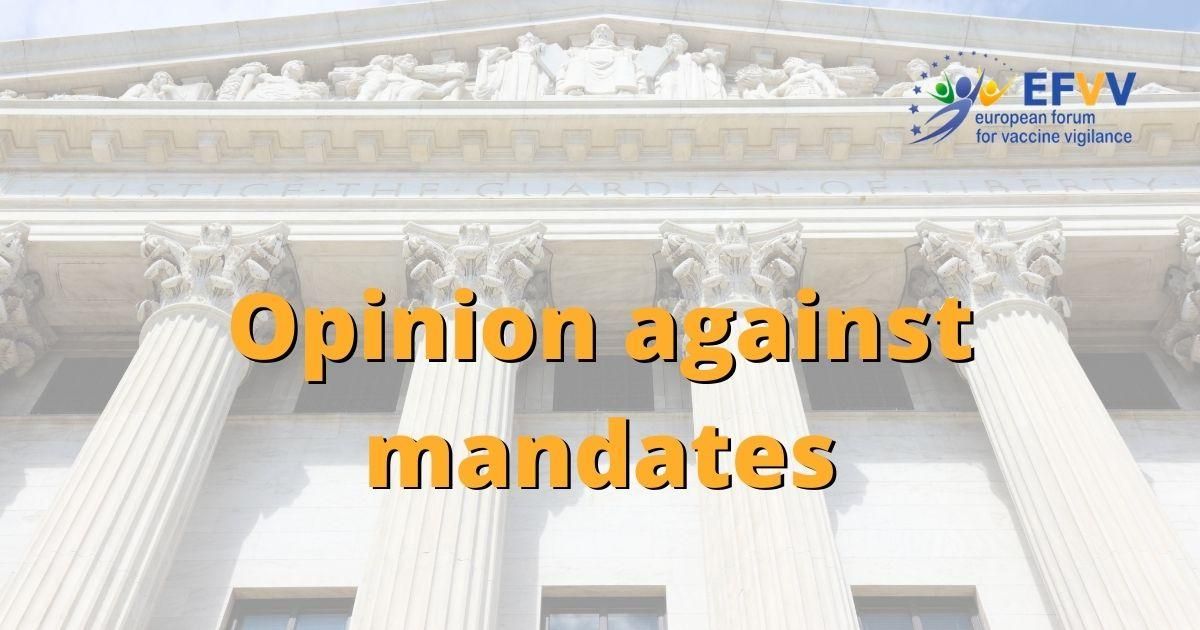 When the Supreme High Court of the USA first ruled in favor of mandatory vaccination it did this only on the ground of  ‘imminent danger’ during a smallpox epidemic, warning against ‘unreasonable assertions of state power’.

During WWII, many atrocities were committed in the name of ‘science’ and for the ‘greater good’. So after the Nuremberg trials, the principle of informed consent in any medical intervention or experiment was hammered into the legislation of most democratic countries, while communists led authoritarian medical practices.

But the way vaccines are being mandated today breaches this fundamental right.

When article 168 of the EU Treaty of Functioning (TFEU) states ‘vaccine preventable diseases are considered major health scourges’,  products create their market. Branding diseases as ‘major health scourges’ and then ‘security threats’ is the strategy of the ‘Global Health Security Agenda’ used to ‘bypass’ informed consent and enforce vaccination in national health policies.

The current media effort to create a terror around measles epidemics has two purposes: reverse the accusations of the link between MMR vaccines and autism and impose the principle of mandataroy vaccination in response to vaccine hesitancy, caused by a large scale betrayal of public trust and institutional corruption. To dismiss the link with autism, scientific fraud was committed in thimerosal,  (mercury) safety, the ‘Danish studies’, including the last one, MMR autism risk, and abuse of legal expert testimonials.

Yes, measles mortality is on the rise again, but this is also a direct consequence of measles vaccination where young infants are now at higher risk. Rather than censoring scientific debate,  Understanding the limits of measles vaccination could save more lives. Instead scientists questioning vaccine safety are banned, papers retracted. (ex: Luis Lujan, Chris Exley, Peter Goetzsche, Andrew Wakefield) and people who have suffered vaccine injury (1000 videos here) are considered ‘criminals‘ or a ‘health threath’ by the WHO.

280 vaccines are in development and the recommendations of the european Council promote ‘vaccination throughout life’, a european electronic vaccine record that will probably be included in citizens’ passports, facilitating permanent control. Vaccination status is now limiting access to school , public areas or health care and Censorship, and the removal of religious exemptions are now paving the way for an absolute control of the individual, giving the industry permanent free access to every citizens’ body and money.

Yet vaccines have no serious safety testing, not against saline placebos, carcinogenic properties or fertility issues, not of toxic adjuvants, not for longer than a few days. In fact 130 associations recently signed an Open Letter to the World Health Organisation questioning vaccine safety.

So what if the ‘the greatest threat to humanity’, was not vaccine hesitancy, but the failure to acknowledge the risks of vaccination?’  Free choice is then the most responsible attitude.