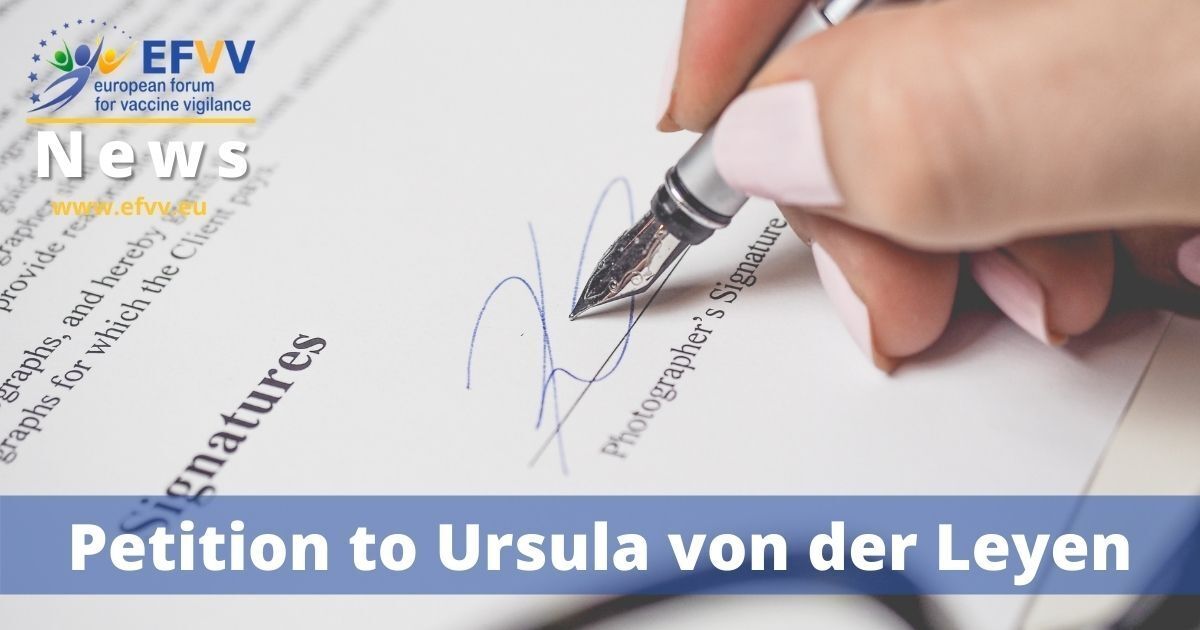 “I think it is understandable and appropriate to lead this discussion now – how we can encourage and potentially think about mandatory vaccination within the European Union. This needs discussion. This needs a common approach. But it is a discussion that I think has to be led.” (https://www.bloomberg.com/news/articles/2021-12-01/eu-should-discuss-mandatory-vaccinations-von-der-leyen-says)

Germany’s incoming chancellor Olaf Scholz agreed with her and called for a parliamentary vote on the plan. The EU doesn’t however have the authority to impose vaccination mandates, but can try to bring member nations together to agree on a “joint approach”. It was decided not to hold an emergency virtual leaders’ summit then, but health ministers did meet the following week to discuss the Covid situation and EU leaders addressed it at their summit on December 16th.

This push from the EU is unacceptable! National governments are already overstepping their boundaries and violating human rights conventions when they intend to introduce mandatory vaccination at national level, as in Austria, but mandatory vaccination at EU level would go much further. It would be an unprecedented attack by the EU on the self-determination of European member-states and their citizens. Ms. von der Leyen also thinks the Nuremberg Code is obsolete and a joke!

Please sign this German petition to Ursula von der Leyen now, to make her understand that this idea is unacceptable as it is not within the remit of the EU: https://citizengo.org/de/node/205559?utm_source=link&utm_medium=social&utm_content=tyflow&utm_campaign=DE-2021-12-11-Local-OT-EPR-205559-Stop_EU_mandatory_vaccinations.08_AA_RL_3_Retargeting

Previous votes have been held on the vaccine issue (non-exhaustive list):

20th March 2018: vote at a plenary meeting of the Commission for Health and Food Safety: 55 participants, 51 votes for increased vaccine coverage, 3 abstentions, one vote against the implementation of increased coverage “as long as there is no proof of vaccine safety or that vaccines cannot cause damage”.

26 April 2018: publication of an editorial and several vaccine-related articles in commemoration of European Immunisation Week 2018 (https://www.eurosurveillance.org/content/eurosurveillance/23/17).

15th May 2018: the European Commission launched a Joint Action on vaccination, co-funded by the Health Programme (€3 million) to address vaccine hesitancy and seek to increase vaccination coverage in the EU. It was coordinated by INSERM (France) and 24 countries (20 EU member-states).

There have been other debates and votes at the European Parliament on the overall topic of vaccine uptake and mandates over the years. Here is an overview of vaccination policy at EU level: https://ec.europa.eu/health/vaccination/overview_en#2. It looks, from the above list, as if there is increasing awareness of vaccine risk and of the discriminatory nature of mandates but If the EU does not have the legal authority to mandate vaccines, why are they even discussing and voting on this topic at all? Surely this is overreach of power.

Write to your MEPs and remind them that this topic is not within their remit and please remember to sign the German petition. Petition