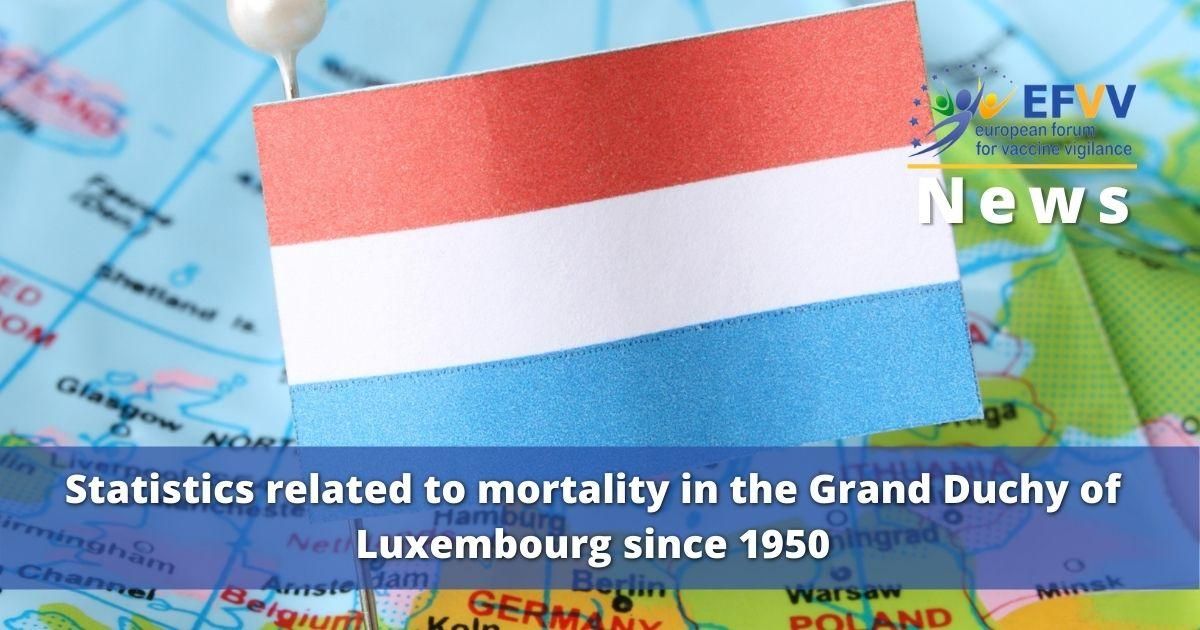 Since the beginning of the year, all the media and politicians in Luxembourg have continued to say that the year 2020 has been particularly murderous.

EFVV was interested in this mortality and in the statistics published by the government.

From these official statistics, EFVV demonstrated that mortality in Luxembourg was completely normal.

The association was also interested in the reasons and the purposes of this false propaganda and made the link between terror hammered daily and conditioning towards vaccination.

In this study, EFVV also addresses the hidden reasons for wearing masks and physical and social distances.

Statistics related to mortality in the Grand-Duchy of Luxembourg since 1950.pdf