The measles situation in Europe 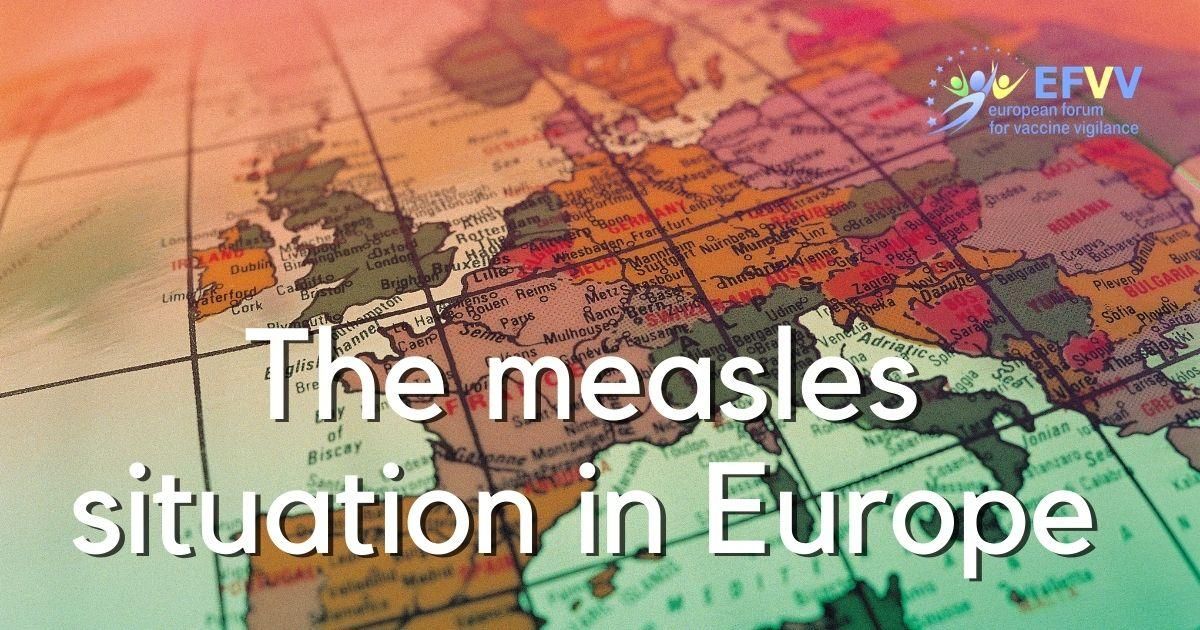 By the European Forum for Vaccine Vigilance

The WHO reported a four-fold increase in European measles cases in 2017 compared with 2016, while omitting data from previous years that demonstrated this was a normal pattern in the cycle.  Measles cases naturally rise and fall. Rates have dropped since 2010 so cases in 2017 don’t represent a crisis.

The European Centre for Disease Control and Prevention (ECDC) state that the rise in cases in Romania is due to falling vaccination and that they should identify those not vaccinated, but they did not look at previous measles cycles, vaccine status of cases or consider wider issues that contribute to mortality such as sanitation, access to medical care and nutrition.

The ECDC base their view on the herd immunity theory and the assumption that 95% vaccination coverage will stop the spread of disease in the community, an assertion not based in fact. 17 European countries exceed 95% coverage for primary vaccination and eight countries meet or exceed the target for the booster jab. Outbreaks still occur in these countries.

Why Epidemics Still Occur in the Vaccinated

The herd immunity theory is based on mathematical models and not on who gets the disease.

Reasons for this include primary vaccine failure (2-10% of the vaccinated do not produce antibodies), secondary vaccine failure (waning antibodies), asymptomatic infection allowing unknowing transmission to others and the destruction of maternal immunity. In the pre-vaccine era, naturally immune mothers passed immunity to their infants via the placenta and in breast milk. This protected them in their first year of life when measles mortality is highest. However, vaccinated mothers produce fewer more transient antibodies and cannot confer immunity on their infants, leaving them vulnerable at a time when measles is most dangerous. This could be fuelling the increase in measles mortality.

Prior to vaccines, measles had become a mild childhood infection for most children in high income countries. The current mortality rate in Romania is higher than in the pre-vaccine era, a concerning fact that the ECDC has not considered.

For these reasons, measles elimination through vaccination is not possible.

Factors driving the increase in measles mortality in Romania were not given the attention they deserve. One in four Romanians do not have adequate access to medical care due to doctor shortages caused by the exodus of doctors since Romania entered the EU; one in five pregnant women have no antenatal care. In addition, many people are malnourished with deficiencies in vitamins A, C, and E. A lack of vitamin A is known to cause severe complications of measles. Only 10 of the 46 measles deaths for 2016-2018 were listed as measles on death certificates – causes included pneumonia, anaemia and multi-organ failure – late effects of measles that may not have occurred if they were not malnourished.

A sewage system and clean water is not available in most rural areas of the country. Only 11% of the rural population have a sewage system in their homes and the majority get their water from wells. This water isn’t treated and contains bacteria and pesticides. This depletes the already compromised immune systems of malnourished people.

Romanian mothers also have one of the lowest breastfeeding rates in Europe, at only 12.6%. Formula-fed babies are at greater risk of infections like measles and pneumonia. They are more likely to succumb to infection.

Rather than focusing on flawed vaccination policies, the WHO should: